This picture of Simbu and Hansika from the set goes viral!

The actors Simbu and Hansika were madly in love before parting ways on a sour note which left Simbu depressed. Now, the couple has moved on and will star together in a movie.

Simbu will be seen playing an extended cameo in the 50th movie of Hansika named Maha. He will be essaying the role of Shoaib and will appear in flashback portions of the movie.

According to an earlier interview, director UR Jameel said that it was Hansika who had suggested Simbu’s name for the extended cameo. She even got in touch with Simbu and got him on board by convincing him.

This photo was taken while the pair were shooting for a song. 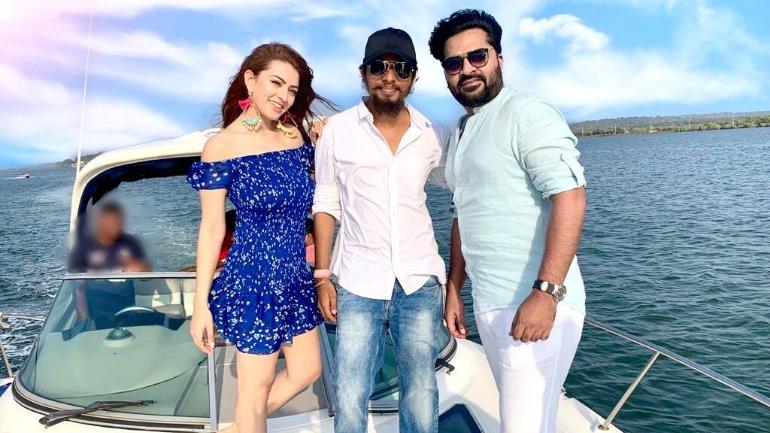