Actor Madhavan has been tirelessly working for his directional debut, Rocketry which tells the story of ISRO scientist Nambi Narayanan.

The movie which will be released in multiple languages is in the final stages.

Madhavan has now announced on Instagram that he has roped in International singer Mary Chandler Hicks for a song in Rocketry. He had shared a photo with Mary, captioning it “With the fantastic young talent @mary.chandler.hicks who belted out an unbelievable score for #Rocketrythefilm #Rocketryfilm #Nashvillemusic”. Rocketry also stars Simran as Madhavan’s pair. 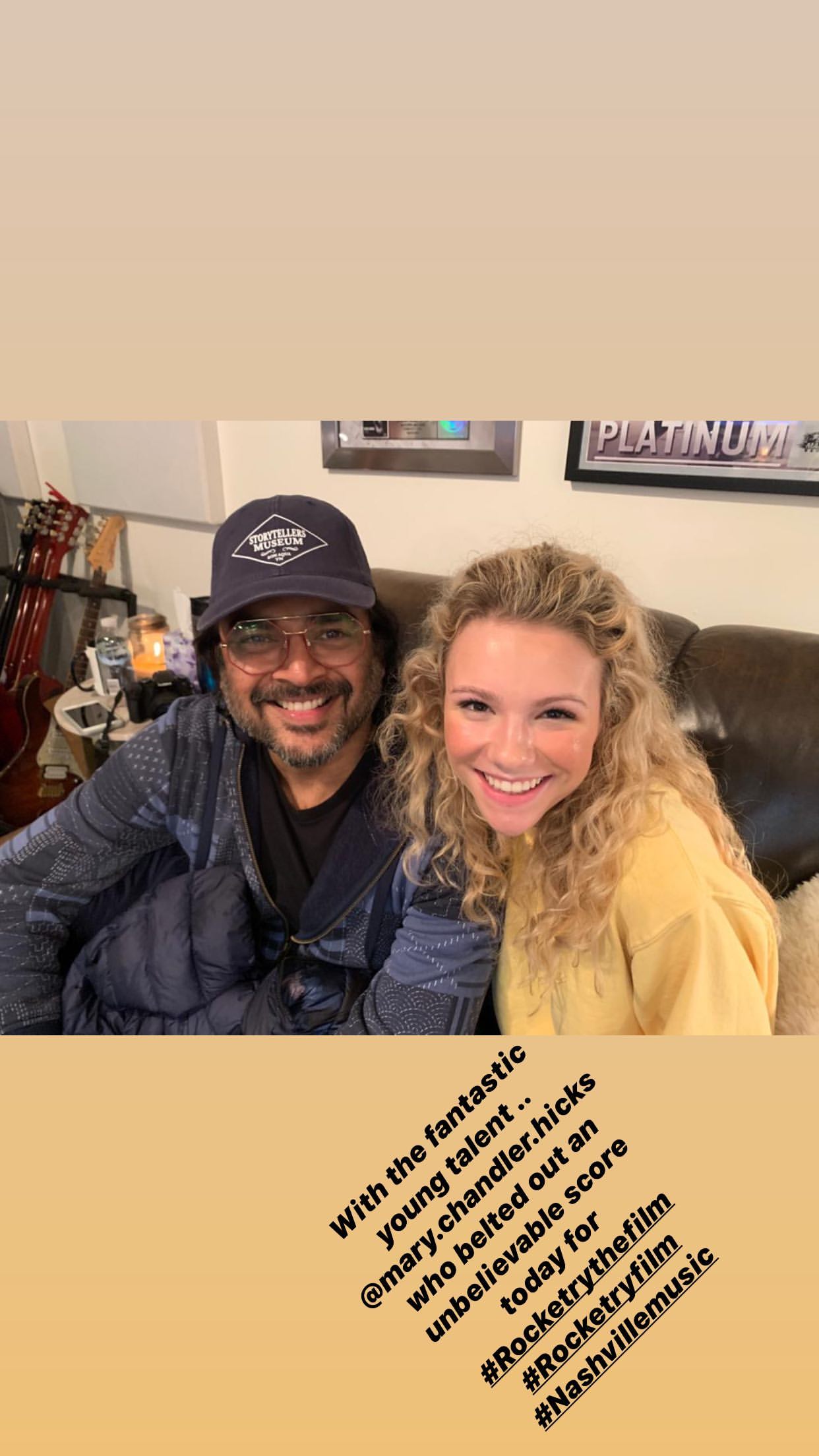 Rocketry has music by Sam CS, who had also composed music for Madhavan’s Vikram Vedha.