Shruti Haasan took to Instagram to share a cute picture with her followers. The picture is more than a decade old and features her dad Kamal Haasan and younger sister Akshara Haasan. Shruti looks unrecognisable in the picture.

All the Haasans in the picture look bored and Shruti wrote, quite aptly, “So bored. #RUNSINTHEFAMILY (sic).”

Here is the picture: 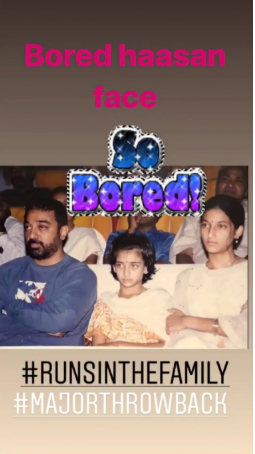 She also shared another picture from her childhood. Shruti looks bored and exhausted in that too. Shruti revealed that the picture was taken in 1992, when the actress was just six years old. 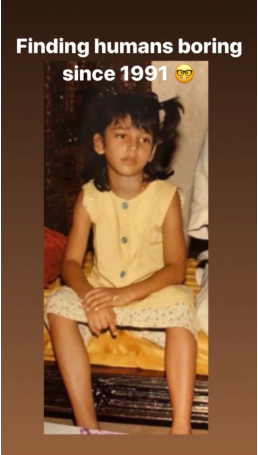 Shruti Haasan who was last seen in Singam 3 has finally signed a movie alongside Vijay Sethupathi.

The multi-faceted actress has been concentrating on her career as a singer. She performed some of her originals in London, to loud applause from her fans.