Priya Prakash Varrier rose to fame after her ‘Wink’ scene from the movie ‘Oru Adhaar Love’ went viral. Though the movie didn’t do well at the box office, Priya Prakash has created a fan base for herself.

Now, the actress is busy with her new movie, Sridevi Bungalow which will make her debut in the Bollywood. The movie has hit controversy as Boney Kapoor has sent a legal notice to the makers of the movie for adding the scene where the heroine gets drowned in the bathtub which is similar to the death of the actress Sridevi who died a year ago.

Talking about it, “It is actually the director’s and the producer’s concern because I am just portraying a character they gave me. Intentionally it was not on our agenda to hurt anyone’s personal feelings,” Priya said while interacting with the media on the sets of Sridevi Bungalow on Monday in Mumbai. 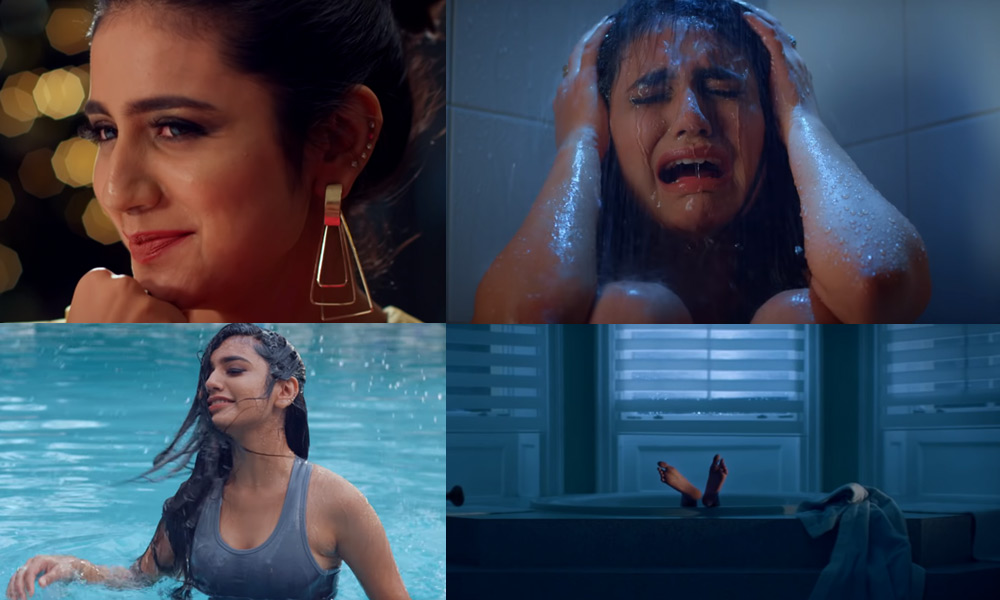 Priya added that she is a big fan of Sridevi.

“I don’t think we should let any negativity affect us because I am just starting my career in films. I am also a very big fan of Sridevi madam and though there was no intention to hurt anybody, we all know that controversies keep happening,” she added.